The Mitsubishi Lancer is a compact car produced by the Japanese manufacturer Mitsubishi since 1973. It has been marketed as the Colt Lancer, Dodge/Plymouth Colt, Chrysler Valiant Lancer, Chrysler Lancer, Eagle Summit, Hindustan Lancer, Soueast Lioncel, and Mitsubishi Mirage in various countries at different times, and has been sold as the Mitsubishi Galant Fortis in Japan since 2007. It has also been sold as Mitsubishi Lancer Fortis in Taiwan with a different facelift than the Galant Fortis. In Japan, it was sold at a specific retail chain called Car Plaza. The Lancer derives its name from the term given to a soldier of cavalry regiment armed with a lance.

Lancers are sporty, yet refined inside. ES Sport and GSR models offer a sporty interior while the LS model provides elements of luxury. Combined with technology at your fingertips, you’ll be wrapped in a feeling of space and comfort every time you get behind the wheel of your Lancer.

LANCER IS ONE GOOD LOOKING CAR.

Lancer GSR steps it up with a 2.4L MIVEC MPI petrol engine delivering a sizable 125kW of power and 226Nm of torque. 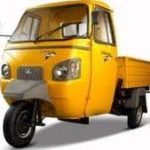 Price: Request
OVERVIEW An extremely rugged vehicle with proven performance, which has won the heart and mind... 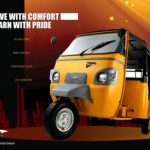