The Dacia Logan is a small family car produced jointly by the French manufacturer Renault and its Romanian subsidiary Dacia since 2004. It is currently in its second generation and it has been produced as a sedan, station wagon, notchback or pick-up. It has been manufactured at Dacia’s automobile plant in Mioveni, Romania, and at Renault’s (or its partners’) plants in Morocco, Brazil, Argentina, Turkey, Russia, Colombia, Iran and India. The pick-up was also produced at Nissan’s plant in Rosslyn, South Africa.

It has also been marketed as the Renault Logan, Nissan Aprio, Mahindra Verito, Renault Tondar 90, Lada Largus (the MCV), Nissan NP200 (the pick-up) or Renault Symbol (as the third generation model), depending on the existing presence or positioning of the Renault brand.

Since its launch, the Dacia Logan is estimated to have reached over 4 million sales worldwide. 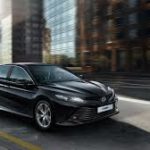 Price: Request
The Toyota Camry is hands-down one of the most popular mid-size sedans in the world....

Price: Request
EXTERIOR The Sunny is based on Nisan’s V-platform. The Sunny has its oown design theme... 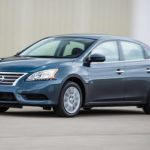 Price: Request
Now in its seventh generation, the Sentra is Nissan’s compact car, one competing in...
Share This
VIEW ALL CARS FOR COMPARE
loading